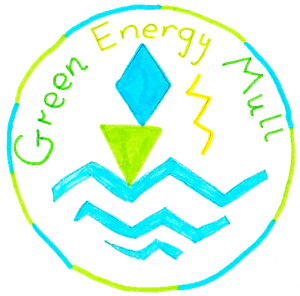 Green Energy Mull is a Community Benefit Society that is the owner of the Garmony Hydro scheme. This is the first community owned hydroelectric generation scheme on the island and was completed in June 2015.

The project to create Garmony hydro started back in 2010 and has taken 5 years to go from idea to finished product. The scheme is a 400kW run of river system that according to our fairly conservative estimates should generate just over 1gWhr of power each year. The scheme has been approved to receive the Feed in Tariff and the generated electricity will be sold into the national grid. Income from the scheme should be around £200,000 per year.

The Waterfall Fund is now live! On Monday 15th August 2016 at our third AGM, Green Energy Mull gifted the net profits of £25,000 to The Waterfall Fund  - an independent charity which will distribute the money as grants to community projects on Mull and Iona. To read all about the Waterfall Fund, visit the website - www.thewaterfallfund.co.uk 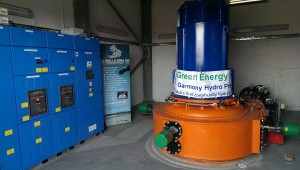 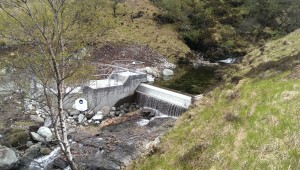 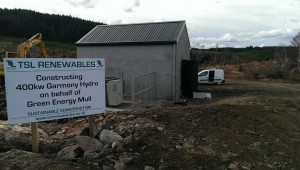