Mull and Iona Community Trust bought Ardura Forest from Forest Enterprise Scotland in September 2019 with a grant from Scottish Land Fund after 3 years community consultation which proved wide ranging support for the project. An enthusiastic steering group guides and supports the work, which includes practical tasks in the forest and contributing to update meetings.

Community ownership of the forest presents MICT with massive opportunities to improve biodiversity, provide facilities in the forest for the community and to strengthen our financial position.

The forest covers 200ha of which 110ha is currently planted with a commercial timber crop of mainly Sitka Spruce and Lodgepole Pine. It is intended to sell the standing timber at auction and the purchaser will harvest it over 2 felling seasons.

First, we must secure approval from Scottish Forestry for a Long Term Forest Plan. Such approval includes the felling licence without which the forest cannot be harvested. Approval is dependent on an acceptable scheme for ensuring that the harvested timber is replaced, thus avoiding de-forestation of the landscape. We hope to secure approval of the Long Term Forest Plan by late summer 2020 and to award a contract for harvesting in the Autumn of 2020.

The income generated from the sale and harvesting will allow us to replant immediately, so-called “hot-planting”, mainly broadleaf species with some Scots Pine and Norway Spruce. The income will be supplemented by grants which are available to support replanting schemes. In addition 7.2km of new deer fence will be erected.

Hot planting will avoid an extended “fallow” period during which the visual impact is particularly bad and should see new trees established within a few years of the first harvest.

Some of the income from the timber sale will be used to part-fund things like reinstatement of the Old Road to form a path, a forest school and a forest hide. We hope to cover most of these costs with external grants, using our income as match funding.

Some of the income will be used to cover the costs to own and operate the forest, both from the pre-ownership stage and looking forwards into the future.

The remaining income from the timber sale will be invested into an endowment fund with the intention of generating an annual contribution to the fixed running costs of MICT, as well as the running cost of the forest.

Community support for the project is in part due to MICTs commitment to replant with broadleaves and to avoid the use of pesticides like neonicotinoids and herbicides like glyphosate. 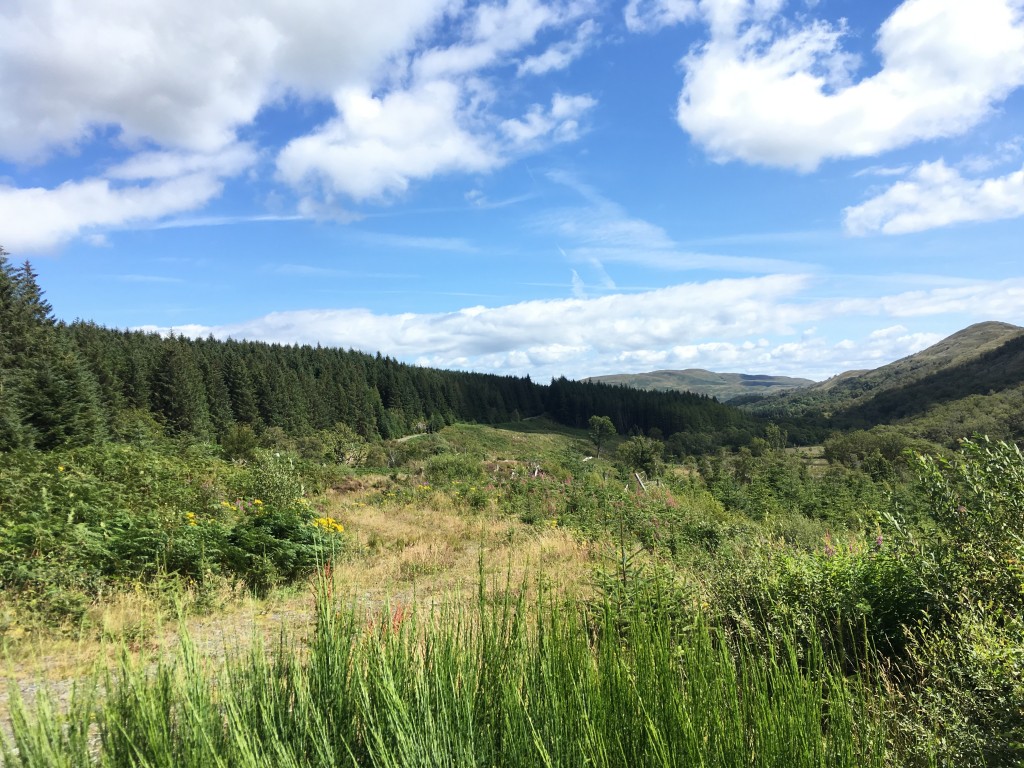 Currently, the forest includes around 110 hectares of commercial timber, mainly sitka spruce with some larch and lodge pole pine. Much of the area within the forest is officially designated as Ancient Woodland and indeed there are remnants of oak, holly and birch within the sitka spruce. The Gaelic name of the woods is Doire a’ Chuilinn which translates as “the Grove of the Holly”. The forest we hope to purchase goes down as far as the River Lussa – on the other side is the Mull Oakwoods Site of Special Scientific Interest. 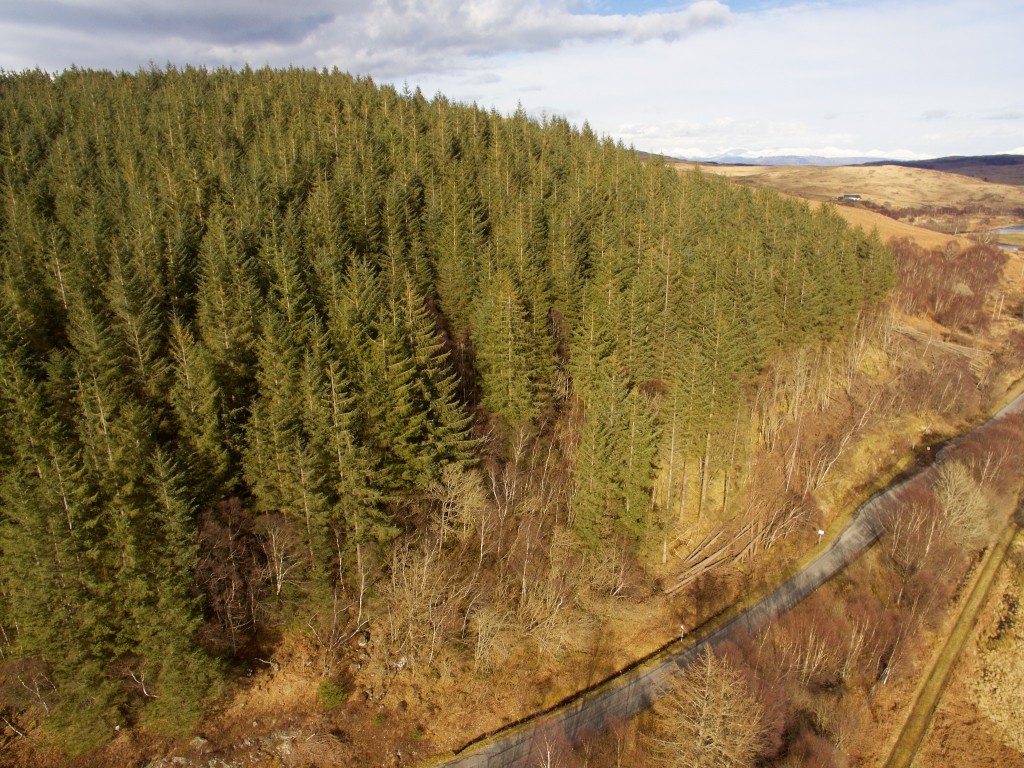 We hope to work alongside the neighbouring Torosay Hill Estate which has a 150 year vision of ecological restoration of the land. This will be achieved by careful selection of appropriate native species best suited for the different parts of the forest. The planting will be done sensitively with respect to other flora and fauna, in particular rare and protected species of raptors like Hen Harrier and butterflies and moths like the Marsh Fritillary. 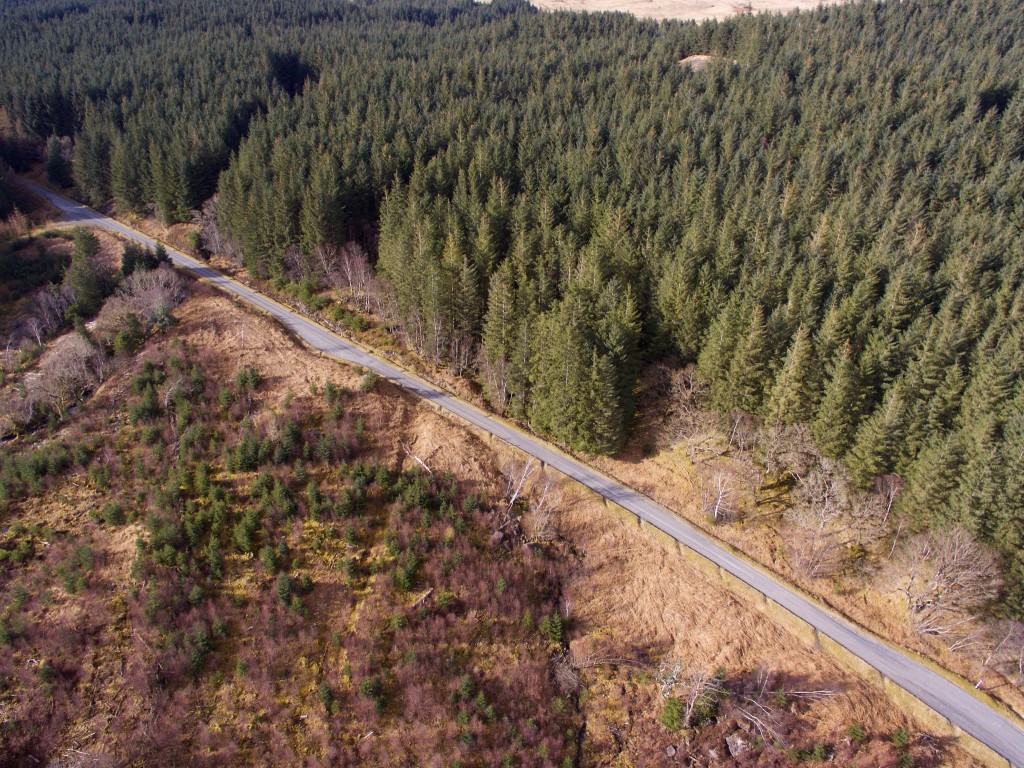 We plan to restore the old road which runs for nearly two miles as a multi-use path as well as creating other woodland walks.  In March 2020, we secured funding to cover 100% of the cost of this work.

Another popular idea is to build an outdoor Forest School to support Lochdonhead Primary School and the local children. 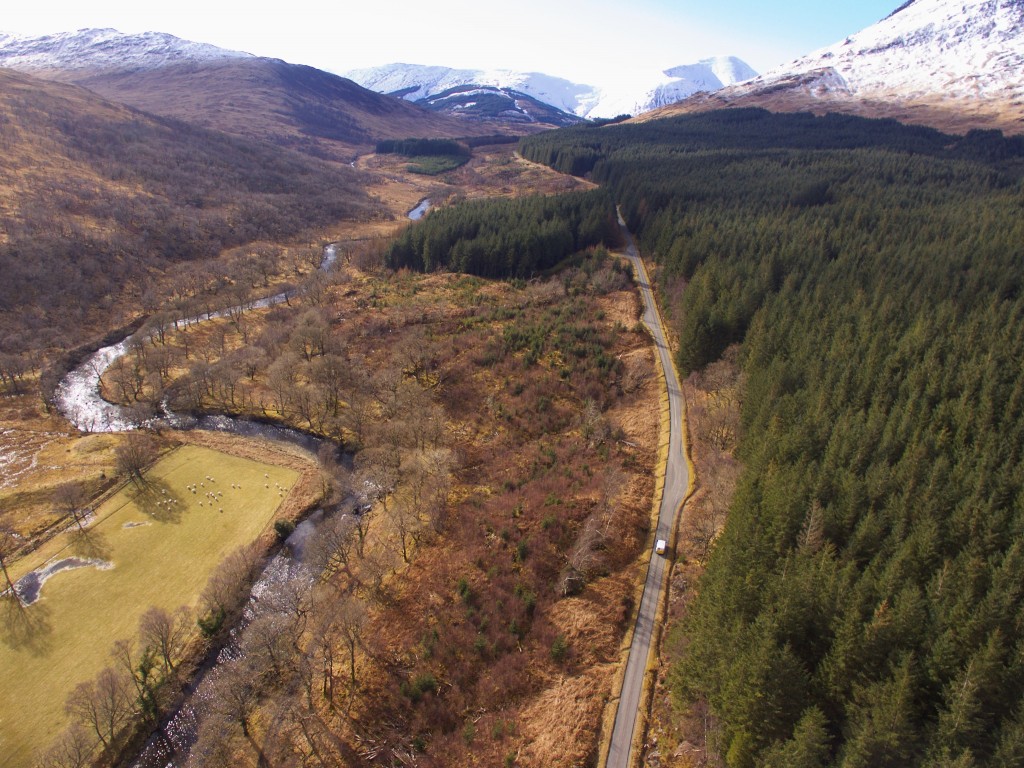